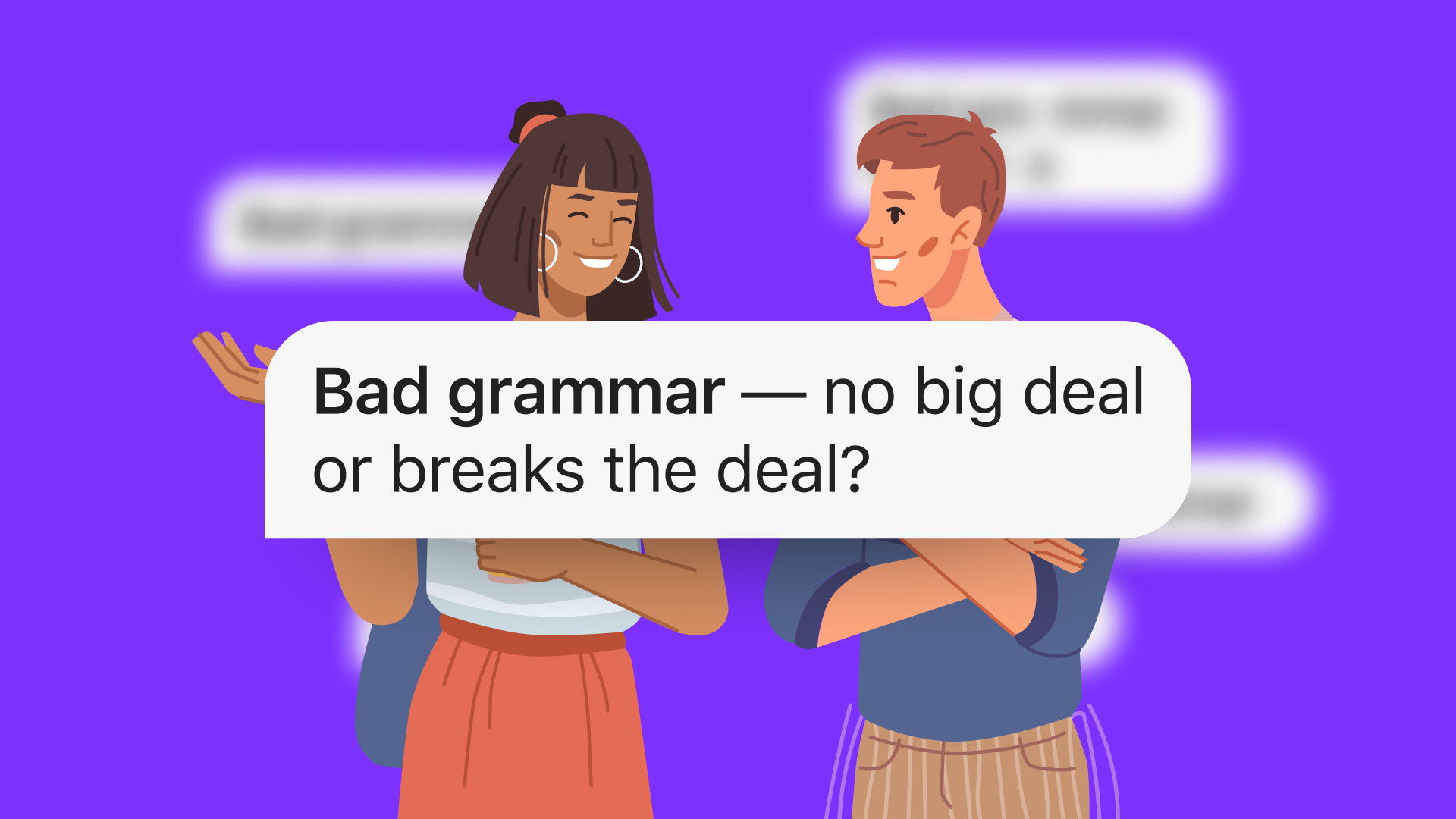 Las Vegas, September, 2022 - Hily, a top-10 dating app in the US, conducted a survey to find out how important good grammar and spelling is in online dating. More than 3400 women and 3600 men participated in the survey titled “Bad grammar — no big deal or breaks the deal?”, which took place on the Hily app.

Over 30% of female respondents admitted that they get annoyed by mistakes in writing, while for male respondents, the number is much lower at just 17%. Interestingly, 27% of men and 36% of women said they would correct someone else’s spelling mistakes; so women are more likely to notice the mistakes and point them out.

Women are more likely to date someone who is good at spelling, but both genders would prefer someone who may not be great at writing but is "fun to be around". Unsurprisingly, it shows that a good sense of humor, an open mind, and an adventurous spirit can help you win someone over, and good spelling alone will only take you so far.

One out of ten women would never go on a date with a poor speller, and more than half would only consider it if they liked the person a lot. On the other hand, three out of five men said they don’t care about their dates’ spelling skills at all, and only 5% of male respondents wouldn’t go on a date with someone who is bad at spelling.

The survey showed that women pay more attention to detail and take texting more seriously than men. At the same time, men are more forgiving towards their dates’ grammar flaws, which may be caused by the fact that men don’t get as many dates as women, especially through dating apps.

There’s also a number of so-called “grammar nazis” who take grammar and spelling mistakes very seriously: the survey’s findings show that 15% of people judge someone else’s intelligence based on their grammar and spelling, but no more than 3% find mistakes unacceptable.

Marisa T. Cohen, Hily's Hily's relationship researcher and marriage and family therapist, explains that dating apps give limited information about a person, that's why we pay attention to details.

"There are limited cues in a dating profile, so we may infer characteristics of a person based upon the information we have available, and as is the case with spelling errors, we may assume (though not necessarily correctly) that there is a correlation between these errors and the potential partner's personality," explains Marisa T. Cohen, PhD, Hily's relationship researcher and marriage and family therapist.

"You may have heard of the halo effect, or the "what is beautiful is good" phenomenon, in which we infer positive characteristics of a person based on one trait (in the case of the latter term, a person who is beautiful can be judged to be kind, compassionate, etc.).

The opposite of this, sometimes called the horn effect, is a cognitive bias, in which we infer characteristics based on one negative trait. Relating this to spelling errors, a person who makes a lot of errors in their profile may be viewed as sloppy or unintelligent. It is important to be aware of this cognitive bias, because you may potentially rule out a wonderful match based on limited information," says Marisa.

However, one in five people said they find occasional errors cute and endearing, showing how we may be drawn to imperfect, relatable people who make mistakes rather than someone who seems to have it all figured out.