Back
10 Common Myths about HIV & AIDS What is HIV infection? 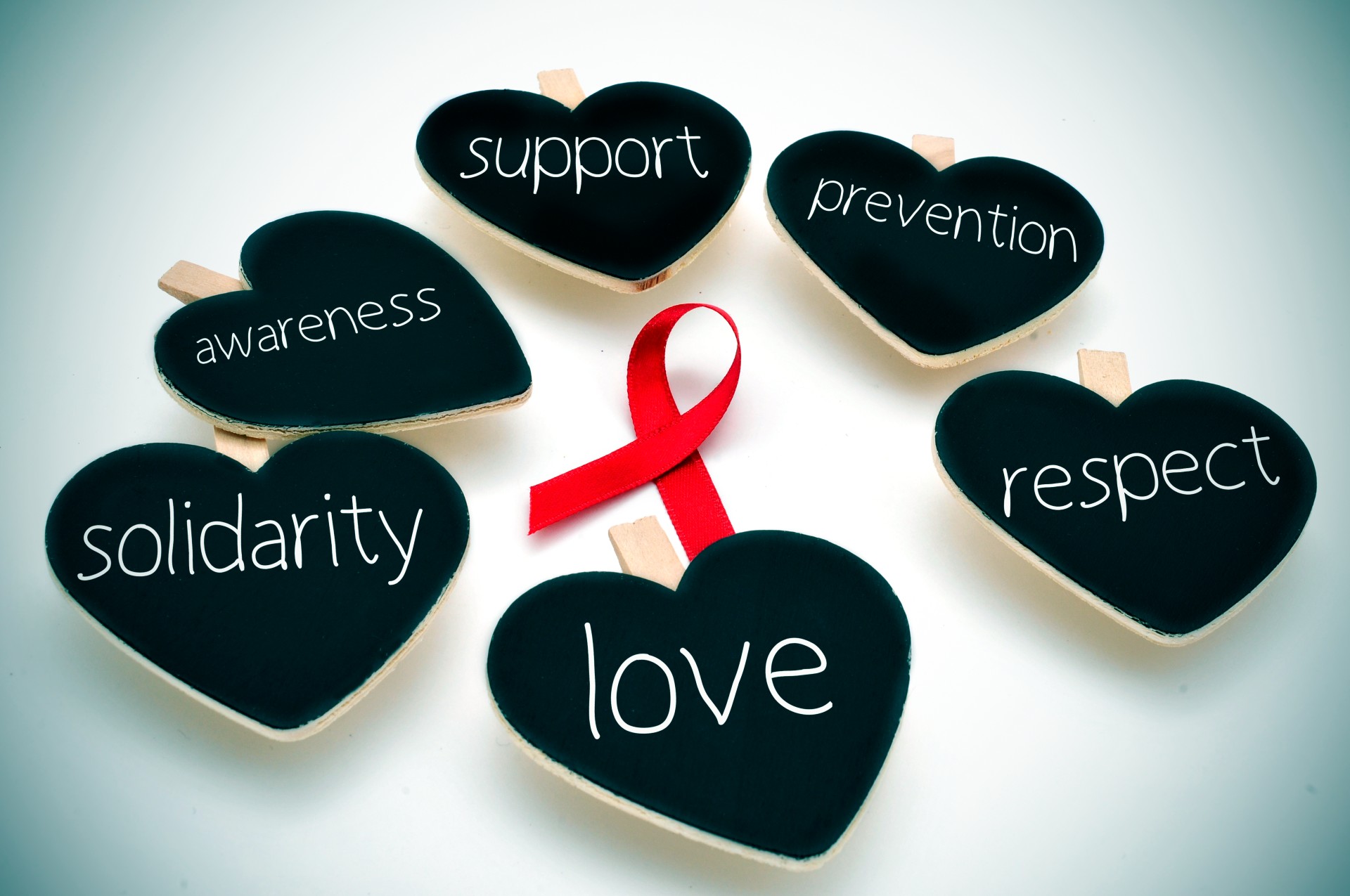 Human Immunodeficiency Virus or HIV is the virus that causes Acquired Immune Deficiency Syndrome or AIDS in humans. HIV virus weakens a person's ability to fight infections and diseases like cancer.

The virus was first discovered and named in the 1980s. Since then, people have gotten a better understanding of what the HIV virus is and is not. That said, many myths persist when it comes to HIV infection as well as a person living with HIV.

This article will dispel some of the most common myths and misconceptions about HIV and AIDS as well as HIV prevention.

How do people transmit HIV?

Many people wonder if HIV is contagious. The virus is transmitted via bodily fluids. The HIV infection happens when bodily fluids from HIV-positive people get into the person’s bloodstream. The only way HIV can be passed from one person to another is via:

One of the common misconceptions and myths about HIV is the contraction from a discarded needle. People often ask how long does HIV live outside the body. The answer to that HIV myth is, in order for HIV infection to survive outside the body for more than a few minutes, it has to be in very specific environmental conditions.

Even if all these factors were met, there has yet to be a documented case by academic research institutions of HIV infection from a means of a discarded syringe in a public place.

Nowadays, there are many innovations in HIV treatment. Antiretroviral therapy can help reduce the levels of the virus in the blood. An undetectable viral load means HIV drugs prescribed by a healthcare professional can significantly impact transmission. Undetectable viral load means the person is unable to pass HIV. It is important to note, people only transmit HIV, not AIDS.

Debunking the myths about HIV transmission and helping people take proper precautions in terms of their sexual health can help curb the spread of the virus.

Is being HIV positive a death sentence?

The words HIV and AIDS continue to have a very negative association for most people. Even though people with an HIV-positive diagnosis can live long and fulfilling lives, most associate acquiring HIV with a low life expectancy and early death.

This association comes from the early days of the HIV epidemic in the United States. The death rate from AIDS-related sickness was extremely high in the 1980s and early 1990s.

So does HIV always turn into AIDS? These days, HIV is a chronic, manageable illness in most places in the world. Today’s antiretroviral drugs provide people who have HIV with the ability to have an average life expectancy or longer. If patients living with HIV follow an antiretroviral therapy treatment regimen they can live productive and long lives. If a person starts treatment fairly early on in their HIV diagnosis, they may never develop AIDS.

Another HIV myth is that everyone has access to regular HIV tests and HIV drugs. There are many places around the world and even in the United States that lack adequate healthcare services for folks living with HIV.

According to the CDC (Centers for Disease Control), more than 1.2 million people have HIV in the United States. Even in the United States, there are still nearly 14,000 deaths. It is mostly because people are unable to get HIV drugs, learn about HIV prevention, HIV tests, and have limited access to medical services.

HIV does make a person’s immune system much more vulnerable to infections and diseases like cancer, kidney disease, and heart diseases. Leading a healthy lifestyle, taking doctor-prescribed medication as well as regularly visiting medical professionals can help prevent them.

Since insects bite and mosquitoes are blood-sucking insects, can mosquitoes spread HIV? Mosquitoes actually carry diseases like Zika and malaria, so can they transmit HIV as well? The short answer is - no, they cannot be held responsible for spreading HIV. Despite being one of the deadliest animals on the planet, mosquitoes are unable to spread the virus because of their biology.

Even if a mosquito bites someone with HIV or AIDS, the bloodsucking insect cannot go around transmitting HIV to someone else. HIV latches to receptors on the surface of immune cells, mosquitoes, as well as other insects, lack these receptors. This HIV myth simply cannot hold true. Mosquitoes cannot get infected so they cannot spread the virus. HIV simply gets broken down and digested in the mosquito’s stomach.

No, it does not. The virus cannot survive outside the body for more than a few minutes. As mentioned above, it has to be in very specific environmental circumstances, and even then, it is highly unlikely to live outside the human body. So, for those asking “can HIV survive in water?” - the answer is quite simple. It is impossible to contract HIV from swimming, bathing, or even consuming water.

HIV also does not live in or on food. So, sharing food with someone who has HIV won’t get the other person infected. The virus cannot survive the heat or air exposure associated with the cooking process.

Myth 8: There is no reason to use a condom if both partners have HIV

One of the many common HIV myths. Many studies out there have shown that undetectable virus equals untransmittable virus. That said, it is possible for people living with HIV to transmit a different strain of the virus to their sexual partners. In some cases, there is even a chance of superinfection that is resistant to medication. The risk of superinfection is extremely rare, anywhere from 1 to 4 percent, but it is still a risk. Not to mention the risk of other diseases transmitted through body fluids. Also, there is a chance of unwanted pregnancy, sexually transmitted infection as well as other opportunistic infections.

The Centers for Disease Control recommends that both partners living with HIV use condoms during every sexual encounter.

Myth 7: It is obvious when someone has HIV/AIDS

There is no way to tell with a naked eye whether a person does or does not have HIV. If someone contracts the virus, their symptoms may be undetectable for decades, they may even be HIV-free on some tests.

Sometimes, a person with HIV may display symptoms that are similar to a common cold like fever, headache, fatigue. Many people have no symptoms at all.

The stereotypical notion of being able to tell if someone has the virus comes from the early days of AIDS diagnosis. These are the symptoms of complications from AIDS-related sicknesses. That said, these symptoms will never be present in someone who receives antiretroviral treatment daily.

PrEP or pre-exposure prophylaxis is a medication that is taken in advance, sometimes daily to prevent HIV infection.

Even though if taken daily PrEP can help prevent HIV infections in people who are at increased risk of contracting the virus, it does not protect against other sexually transmitted infections or diseases.

PrEP is recommended for use with safe sex practices, which means wearing a condom during every sexual encounter.

Myth 5: Straight people do not get HIV/AIDS

A myth that has its origins in the 1980s when mostly gay men were diagnosed with HIV/AIDS. Today the myth is less prevalent than it was back then, but many still believe the virus mostly impacts gay men.

Anyone can get HIV, regardless of gender, sexual orientation, nationality, ethnicity, and more. Being HIV positive has nothing to do with sexuality or gender identity.

There are many groups that are most heavily impacted by HIV in the United States due to racism, poverty, transphobia, homophobia, as well as societal stigma. Among them are:

Straight people account for 25 percent of new HIV infections every year. Two-thirds of these infections are women. That said, women who have sex with women have the lowest risk of transmission.

Myth 4: People who have HIV cannot have kids

AFAB people living with HIV who want to get pregnant may do so safely under medical supervision. AFAB person who plans to get pregnant, but has been diagnosed with HIV should begin ART treatment as soon as possible.

If pregnant women take medication on a daily basis throughout their pregnancy and after the baby’s birth, the risk of transmission to the baby can be as low as 1%. There are other ways to lower the risk of transmitting the virus through body fluids to the child. The parent may choose to have a C-section and bottle feed the baby after birth instead of using breast milk.

It is important to note that people who are HIV-negative but want to conceive with a partner who carries the virus may do so with the help of special medication. It will lower the risk of transmission for both the parent as well as the baby. For AMAB people who are HIV positive and are taking their ART medication daily, the risk of transmission is low if their virus is undetectable.

Anyone can contract HIV. The virus may not show up in the person’s system for quite some time. There are several tests available to detect the virus. Some have a repeat testing window in order to confirm the HIV-negative diagnosis.

People who are at increased risk of contracting HIV should get tested regularly. It is important to be open about one’s sexual history with a new partner. Also, people should always practice safe sex to prevent other sexually transmitted diseases and infections. Talk to a healthcare provider about whether PrEP medication is right for you.

Myth 2: HIV can be transmitted through oral sex

It may be possible in theory, but in reality, it is not the case. The risk of contracting HIV via oral sex is very low. Oral sex involves putting the mouth on a penis, vagina, or anus.

It is important to note that many STDs can be transmitted through oral sex.

The Human Immunodeficiency virus causes AIDS but it does not mean that all people who have HIV will develop AIDS. Today, the advancement in medical therapy allows HIV-positive individuals to live long and complete lives.

AIDS is a syndrome that is the result of HIV attacking the immune system. It weakens the immune system which often leads to people contracting other infections and developing diseases like kidney disease, heart disease, and cancer. The majority of people die from AIDS-related illnesses, not AIDS itself.

These days, thanks to the advancement in the medical field, AIDS can be prevented. People who have HIV can prevent getting AIDS by taking ART medication.

It is important to remember that HIV cannot be contracted by:

There is no cure for HIV or AIDS at the present moment. However, early diagnosis of HIV can help prevent AIDS. People who have a normal lifespan with the help of antiretroviral treatment.

HIV and AIDS continue to be a concern for public health. It is crucial to remember that not all people have adequate access to medical services, PrEP and ART medications, even testing.