Back
Hily and Nudes - Users State Their Case 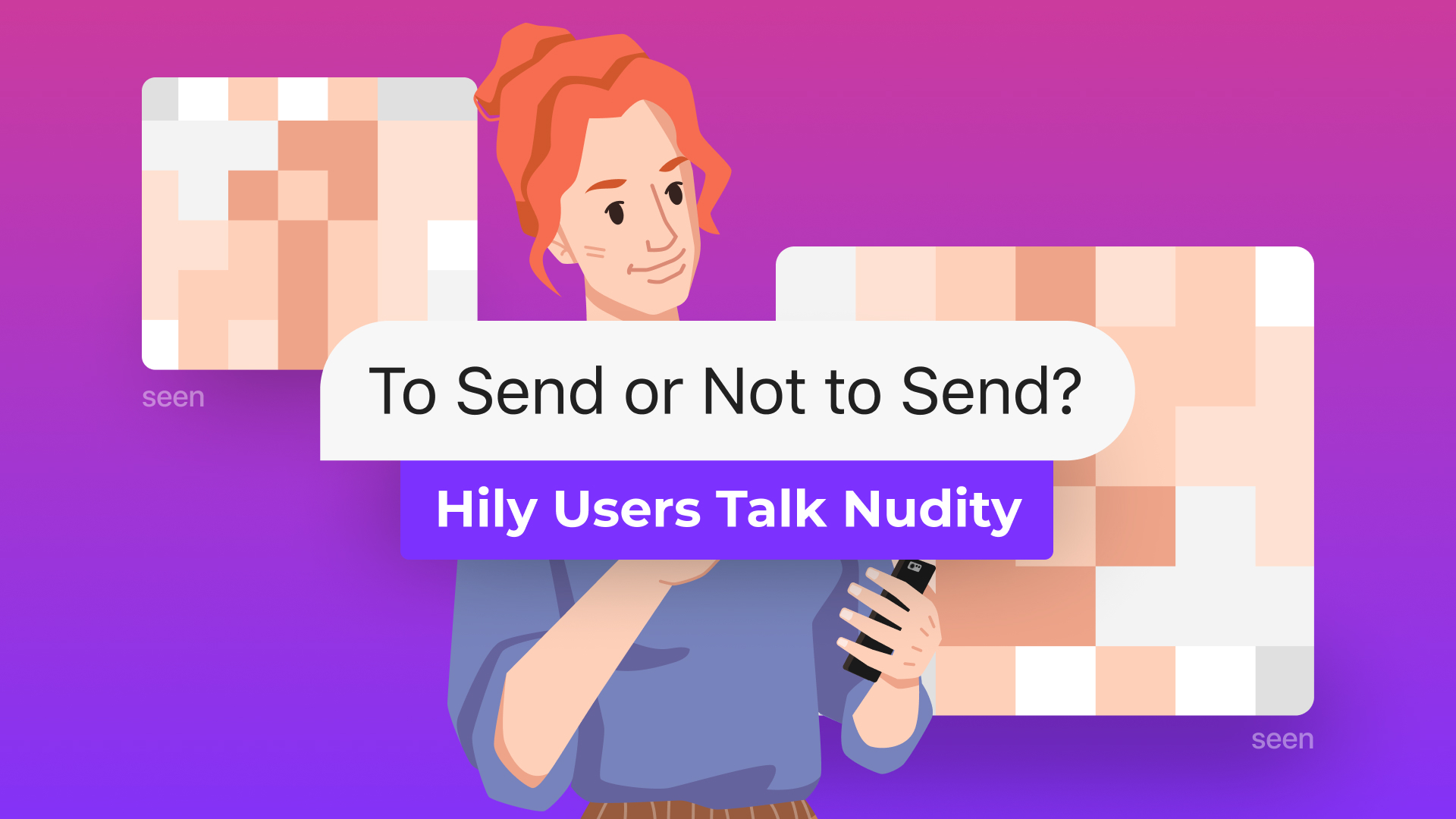 Las Vegas, September 2022 - Hily dating app conducted a survey among its users on their feelings about sending and receiving nude photos, exposing key findings on the importance of nude photos as a part of sex/love life. The survey was conducted in July 2022 and reporting the results of 7,000 Hily users.

Hily (Hey I Like You) is a dating platform that is now listed as one of the top 10 dating apps in the U.S. It serves over 25M users around the globe and is always interested in what those users think about the current dating app culture.

The Hily survey was timed to coincide with the summer dating season which tends to be hotter than other times of the year (can we say bikinis, thongs, and nude beaches). Nudity in online flirtation cannot be far behind, as sexual tension builds. Here are some of the most telling survey findings:

Cornell Barrett, Hily dating app coach and author of Dating Sucks but You Don’t has this to say about sending/exchanging nudes:

“Asking a partner for a nude can be a good move if you’re already flirting or sexting. It’s a turbo-charged form of flirting, that can be a fun, sexy form of romantic escalation. For the right two people, sharing nudes can be an adrenaline rush, making you both feel desired and sexy. It can amplify the connection and attraction that you’re both already feeling.”

And as for women getting unsolicited nudes, Barrett has this to say:

“The vast majority of women hate receiving unsolicited nudes from men. It comes across as aggressive and can make women feel objectified…Make sure the other person has consented to receiving your pics…first ask your crush a simple question: ‘How do you feel about nudes?’ And then listen.”